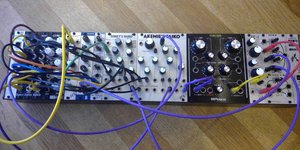 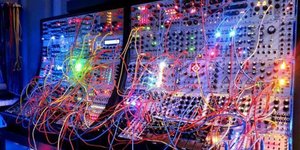 3U is the standard height of Eurorack

5U also exists as a standard

What is a modular synthesizer?

In 2018, modular404 started as a kind of glitch: right after taking a shower, a hand reaching out to the towel, one foot lifted to get out of the shower cabin, a sudden spark of light: one of those moments when a long story becomes clear at an instant a kind of glitch:

By releasing all tracks as modular404 featuring the original artist, a slow community-like effect is happening: every new modular404 release also makes the other releases stronger.

Early 2023,  we have over 30000 streams on Spotify and tracks are picked up in other playlists, and I'm proud that this happened purely organic.

It’s good to see the modular community growing, there’s finally a modular radio station https://modular-station.com and modular404 has a weekly show on it :-)

Thank you for being on this page!

modular404 is about modular synthesizer tracks

There are no style restrictions

All tracks are produced in realtime using modular synthesizers

Computers are used only for recording and mastering

The length of each track is fixed: 404 seconds

With a track record of >100 mastered tracks, including most tracks on modular404, we offer mastering services for modular tracks and experimental music.

Paid mastering services are not related to modular404 releases.

modular404 is an artistic project.

(this is currently a manual operation, do not expect instant confirmation in your inbox. we care about your privacy)

What is a factory built synthesizer?

...has its own typical architecture and sound: the maker decides what is inside and also the order in which everything is connected (analog and/or digital): a distortion followed by a filter, a filter followed by an amplifier... You can tweak sounds by pushing buttons, moving sliders and dials, and store them in the memory for later use: very user-friendly and easily playable! 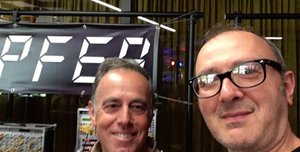 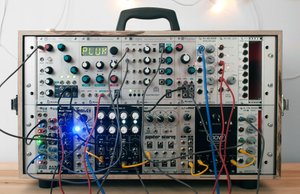 A typical eurorack modular has a mix of different modules of several brands.

(never trust modulars without patchcables: there is no sound, and no interaction between the modules)

In a modular system, every module has its own function and behaviour, and most modules don’t do something useful on their own. There is a huge community of module makers and designers, usually small companies and individuals. The biggest contribution came from Dieter Doepfer, the founding father of Doepfer: he designed an affordable product line (still growing and updated) based on his “eurorack” standard. Instead of licensing this standard to individual companies, he gave it to the community: now, anybody could make his/her own modules and use them together with Doepfer modules. Since the beginning, the modular community understood the power of sharing: several makers openly publish their schematics or software, and offer affordable DIY versions of their modules. To get a good idea about the available modules, have a look on modulargrid.net, start putting your own modular system together online, and start dreaming away! 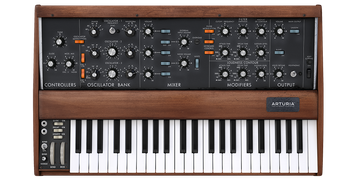 Software version of an iconic synthesizers 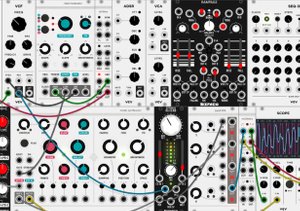 At the same time there is also an expanding community of software modular synthesizers. Especially the open source platform VCV Rack offers amazing possibilities, including free software versions of real modules. Andrew Belt is doing in software what Dieter Deeper did with hardware: an open platform that attracts a lot of makers who are of offering their own modules, open source and mostly free. Your virtual modular can be any size, and you can save the whole set-up, and recall it a few weeks later.  People are now creating hybrid systems where a number of patch cables from their modular system is connected to virtual modules on their computer. 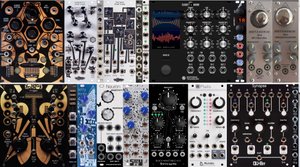 Every modular is a unique combination of modules, and mutates over time.

Every patch (patch cables between modules and position of module controls) is unique.

The Magic of Modular Synthesizers...

... is the physical contact with knobs, switches and cables, away from the computer, without “save as” functionality. While building a sound or set-up, it becomes like an organic lifeform where everything is connected with everything. Whereas traditional music compositions are built around notes that are played on instruments with known sounds, modular music is all about sound, and most modular music can not be described by notes on a sheet of paper. Ofter the notes are ever changing patters, often there is no keyboard… Turning one knob or changing a single cable changes everything, forever. And the only way to make new music is turn knobs and change cables. Not having the possibility to save a setup on a computer is exactly what makes modular synthesizers so different: it is all about being in the moment, with a sound that will never be the same again. 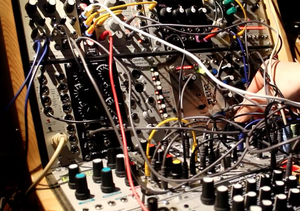 A live performance is a continuous balance between making changes and staying in control, a state of mind that requires nowness, consciousness, and focus.

A modular artist is free to connect his unique collection of modules in a unique way.  Learning a new module can take a lot of time, but the real thing is experimenting and discovering possibilities in combination with other modules. Keeping an overview of a modular system with 50 patch cables requires deep understanding, control, and concentration. And even then, just changing a single cable or turning one knob from position “6” to “6.3” may get you into a completely different universe. To prepare for a live gig, usually modular artists make most patch connections in the days before, and they experiment and rehearse knob movements to get interesting results. Other artists start a gig with nearly no cables patched. A live performance is a continuous balance between making changes and staying in control, a state of mind that requires nowness, consciousness, and concentration. Like insects are attracted to light, modular artists are attracted to new modules. Actually, modular artists keep changing their systems all the time, and there is a huge market of second hand modules. Some artists even design their own modules. Recently, modular artists are taking over the role of DJs at more and more occasions.

Modular404 is dedicated to modular tracks of 404 seconds

Modular404 wants to offer you a selection of great modular music, to make you enjoy sounds you’ve never heard before.